One of the most popular services on demand on ImamConnect is for Qur'anic studies. The following is a list of ustadhs that provide lessons online. If you're looking for female ustadhas instead, do click here. Hassen Rasool renowned for his emotive and powerful recitations of the Quran and the Call to Prayer televised on Channel 4 that has also been delivered LIVE at venues such as the prestigious Royal Albert Hall and Eton College. Shaykh Bilal Brown currently teaches Arabic and Islamic sciences in Oldham, Rochdale, Manchester, and online in England in the UK. He is also part of an initiative geared towards new Muslim care called New Beginnings. Imam Mohammed Hammad was was awarded with the Mayor's Community Champion award for his exceptional inter-faith and community work across faith groups throughout the United Kingdom. Imam Asim Hafiz served as an Imam and teacher in several Mosques in East London, as a Project Leader at a Muslim girls’ school and as a teacher at an Imam training boarding school. In October 2005 he was appointed as the first and only Muslim Chaplain to the British Armed Forces. 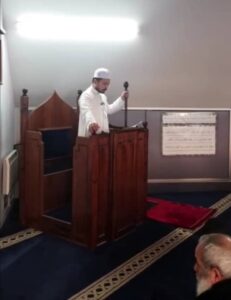 Although his area of speciality is writing Islamic wills, Hazim Jais is also available for tuition in Qur'an recitation and versed in conducting Friday sermons. He did this regularly at SOFA College Mosque London. Ustadh Faraz Abid began his Aalimiyyah Studies in 2015 at Jamia Al Karam. He studied Quran, Tajweed, Arabic, Hadith, tafseer and then spent some time in Egypt in 2015 perfecting what he had studied. He is the founder of Fatimah Foundation which is a platform to help and teach Muslims globally. ML Rafeeq Islaam dedicated his late teenage years and early 20s to the study of Deen. He taught Alim Course at a Darul Uloom, students of all classes till the final, an experience that further enriched, consolidated and cemented his expertise of nurturing quality understanding and application of religious knowledge. Ustadh Hamza Habib have obtained ijazah for all the 10 Qira'aat (modes of recitation). He currently teach Quran, Arabic and other Islamic Studies online at  institute Al-Istiqamah. He also have a Nikaah Organisation called Al-mawaddah nikah services, where he perform nikahs.