There are many paths that lead us closer to Allah SWT. For a couple of teenage brothers, taught by Ustadh Farhan Masud, it was his unique approach that made it not just easier for them to connect to the text, but also resulted in an unexpected outcome.

“I use Lego to teach kids The Fiqh of Prayer of the Hanafi School of jurisprudence. The visual representation helps them understand better and they really appreciate these lessons,” says the young ustadh. As a manifestation of their understanding, those two brothers created a stop-motion video when asked by the Ustadh to summarise the lessons. Applying rules for prayer in congregation. More photos on his profile.

The use of Lego toys has made his teaching more interactive and fun for teenagers, and therefore, rendering his lessons effective and impactful to his students to the point they could render it back to him in their preferred manner.

His idea of using Lego toys to illustrate the rules surrounding congregational prayers is not the only interesting approach that he has up in his sleeve when it comes to teaching. “I also find that the most effective lessons are when I have to go beyond the textbook. So, I applied methods like using artwork to the lesson.” Ustadh Farhan also believes that by incorporating arts and crafts in his class, homework, essays and maintaining the conversations become easier to digest.

The Turning Point for Him

Ustadh Farhan Masud began his pursuit in seeking Islamic knowledge in 2013 under Syakh Ruzwan Mohammad, Syakh Amer Jamil and Syakh Hassan Rabbani. He then continued his Islamic study in early 2016 with Syakh Amin Buxton. He also went to Tareem, Yemen in 2018 for a 40-day summer programme under The Dowra. Despite his religious academic background, Ustadh Farhan did not always have the intention to commit himself to Islamic study, at least not for his younger self.

“I was different before, you know.” says Ustadh Farhan.

A troubled child during his teenage years, cutting school, fist fighting and causing problems in classrooms and playground were quite common for him to the point of reputation. His epiphany came in the form of the death of his beloved father, who passed away when they were reciting salawat together in 2012. Perhaps seeing the smile carved upon his late father’s face during that
final moment had ignited the fire within his soul that is otherwise dimmed.

An Important Point to Consider for Parents

Once, the young teacher had to face a young teenagaer who was reluctant to take up his private online lesson set up by the parents. He found that initially putting the books aside, laying some ground rules, then conversing and opening up to the student helped in removing the certain barriers that separated a student and a teacher. When this happened, the student became more intrigued by the lessons. For this specific student, the conversations that she had with her teacher are the ones that piqued her interest in Islam. 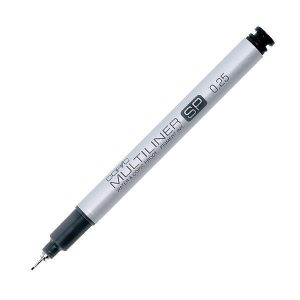 Students are informed to prepare specific standard stationery for the art lessons.

Hence, while sending one’s child to learn religion is every parent’s responsibility, Ustadh Farhan reminds parents to always put the child first before themselves. “Through my experience, I feel that
when parents approach a teacher, they should be clear of who it is actually for,” he added. He also feels that having a transparent discussion with the parents prior to the classes also makes the whole process easier. When every party involved is on the same page, he is able to make a sound plan when approaching a student in his class.

“A lot of parents don’t know it and you can tell by how much they pay teachers for older students as opposed to younger students. It should be the other way around, younger kids are tough and tiring to teach!” he laughs. These days he prefers teaching students between 13 – 18 years of age although he would not mind taking in 18 – 22 years old students too.

Ustadh Farhan typically conducts his classes according to the iSyllabus For Schools program. He also uses these books: ImamConnect's 20% off promo between 16 October - 1 November 2020 includes Ustadh Farhan. Click here for more about the promo.

To know more about Ustadh Farhan, his classes, rates and services, you can visit his profile here at ImamConnect to make your booking.